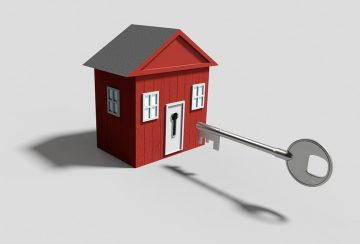 The best areas to hop onto the property ladder

A street of independent retailers leading to a quaint level crossing is a sight rarely seen in London, but it’s one of the many delightful surprises to be found in this superbly connected western suburb. Leafy streets, good schools and great transport connections mean that renting accommodation in Acton should be a serious proposition for young families and City professionals alike.

A short commute from the centre of London, the area contains attractive flat-fronted cottages and bow-fronted houses that date back to Victorian times. Properties from more recent times, such as the mock-Tudor Hanger Hill Gardens and the large semi-detached Edwardian houses of Twyford Avenue are immaculately preserved and presented.

Hip eateries and funky shops are making their presence felt and with the redevelopment of the Acton Gardens rental property development in full swing, there’s bound to be demand for more of the same.

Seventy years ago, brave aircrew took off from this now regenerated area of northwest London in order to keep the skies above Britain free from tyranny and the peace we enjoy today is a direct result of those heroic efforts.

Flats to rent within new luxury developments, interspersed with tree-lined boulevards, dominate the landscape and feature such modern amenities as a health spa, gastropub and coffee house, nursery, bank and Tesco Express all sited within the development.

For years Vauxhall seemed shackled by roads, railway lines and terminal unhipness. It wasn’t vibrant like Brixton, nor did it possess Clapham’s genuine village vibe.

Development along this stretch of the River Thames has clearly taken inspiration from the MI5 building which sits next to the Tube station at the southern end of Vauxhall bridge with luxury skyscrapers now seeking to dominate the skyline.

An independently thriving nightlife scene coupled with easily accessible transport links will ensure that Vauxhall will remain a destination in its own right. Its location two stops away on the Victoria Line from the West End make it a favourite for residents who like to meet up with friends after work for shopping, eating and/or catching a show.

The Victoria Line also links up with the Eurostar terminus at St Pancras for quick European getaways.

For those with a more intrepid spirit, let alone more time, a Thames Clipper service operates from St George’s Wharf. This modern riverboat route connects Vauxhall with Chelsea, Westminster, the City and Docklands in fine style and will be a boon to commuters seeking a more leisurely journey into town.

The ease and variety with which Greenwich connects to the rest of the capital make it an eminently viable option for those wishing to rent a home near both the City and Docklands.

Although south of the river, Greenwich is positioned on a peninsula that brings it into close contact with the business quarter of Canary Wharf and subsequently, the Westfield Stratford mega-mall. The DLR automated rail service increases the feeling that these destinations are just a short journey away and a new cable car route will have commuters literally swinging into the hip neighbourhoods of East London.

As befits a district that has extensive maritime connections, the Thames Clipper riverboat has become an established presence in Greenwich, taking commuters and visitors upriver to the City, Westminster and Chelsea. More traditional train and Tube routes put both London Bridge and Waterloo transport hubs within easy reach.

Top 10 Tips for Getting Started in Property Investment

4. Decide Between Off-Plan and Refurbished Properties

5. Make Sure You Get The Highest Rental Yields

6. Look For Price Growth And Establish an Exit Strategy

8. Integrate Tax Into Your Budget

9. Contemplate a Buy To Let Mortgage